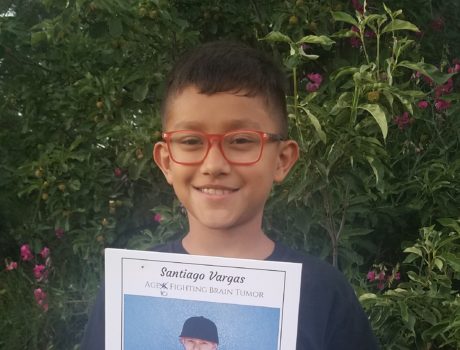 “Your child will have no energy.”

“Expect him/her to be constantly sick.”

“Don’t be surprised if you are back in the hospital many, many times during treatment.”

“He/She won’t have an appetite. So, give them whatever they want to eat…it doesn’t matter what it is.”

Any of these sound familiar?!

It would shock us if they weren’t because we receive countless stories from families who are told some version of these from their doctors.

However, we are here to tell you that the story CAN be different, and it IS possible to thrive…with the right tools!

But don’t just take our word for it!

Check out Santiago’s first hand experiences because we think it will give you a lot of hope! 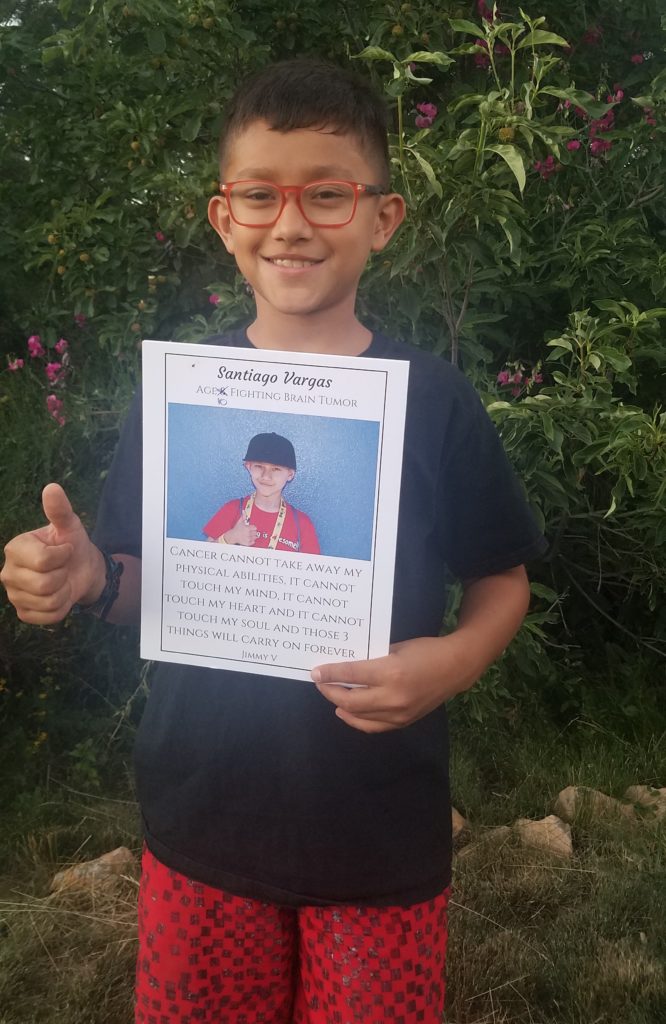 “Be strong, choose joy, use oils.”

(This is shared by Santiago’s mom, Jamie.)

CANCER… the word no parent wants to hear coming from a doctor.

It has taken me three years to be able to even type that word and it still makes me think twice. But throw “KICK” in front of it. That makes it so much easier. That’s what KICKcancER has given us – the tools we need to KICK cancer and be stronger because of it.

Three years ago, when I was told that my son had cancer, I was devastated, terrified and had no clue what I was in for. I remember my dad saying, “I heard about this organization, look it up on Facebook.” And sure enough, I came across this entire community of strong warriors who all had something in common – something to fight!

KICKcancER taught us how to properly fuel Santiago’s body with nutrient dense foods, essential oils, and love + support. KICKcancER even helped cover the costs of attending a retreat in SoCal so that I could learn everything necessary to help my child not only survive, but THRIVE!

I remember when he started radiation, his oncologist told us, “He will have no energy, he probably won’t want to eat much, and expect to take it easy for the next six weeks.” However, we were ready with detox baths, castor oil packs, bone broth, healthy whole food and essential oils.

I still have videos of him RUNNING around different parks and playing with is brother after every session, and the only side effect that we really saw with radiation was hair loss at the treatment site.

We finished radiation and his doctors were surprised, but they told me not to expect the same with chemo. Again, they told me, “He’ll be so sick from chemo, he won’t want to eat, but he needs to. So, if he wants chocolate cake for breakfast, let him have it. He’s already skinny, and he will lose more weight. So, let him eat whatever he wants. His immune system will be compromised. So, expect to be in the hospital a lot.” The list went on and on…

But again, I was able to take everything I learned from KICKcancER to help my child THRIVE through chemo. We prepared most of his food at the Ronald McDonald House or bugged the kitchen to serve him “real eggs, cooked in butter, not oil, please and thank you!”

Santiago actually gained weight while on chemo, was rarely sick, and most often, begged me to take him out and about whenever we were in the hospital…not to mention the fact that he was extremely positive throughout the entire treatment process.

To this day, Santiago continues to surprise his doctors. For example: technically, he should have lost hearing – a side effect from radiation + chemo so close to his ear drums. However, he passes hearing tests with flying colors every. single. time.

He’s so STRONG and JOYFUL.

He has overcome something no child should ever have to endure. He is here, THRIVING because of KICKcancER.

Introduce yourself and your program
We hate SPAM and promise to never share or sell your email address to a 3rd party.
14 shares
14 shares