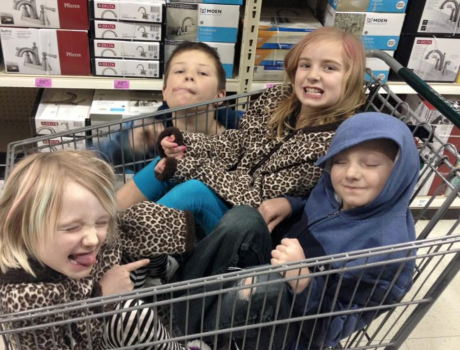 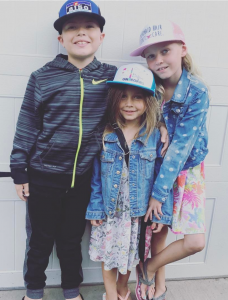 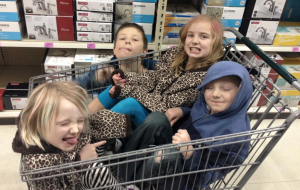 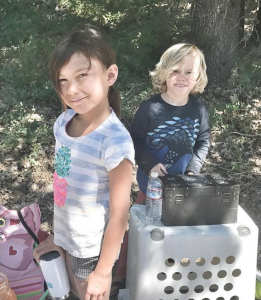 Anyone who has walked the “cancer path” knows that the one physically fighting cancer isn’t the only warrior in the picture! Just take a brief second to look at the brave super siblings around them to understand this truth. Their entire life has also been turned upside down and can remain in a tornado pattern for months…or even years.

We recently read this quote somewhere, and the truth of it resonated deeply…

“When someone has cancer, the whole family and everyone who loves them does too.”

So, for this very special September Childhood Cancer Awareness Month, we wanted to take an intentional moment to honor the brave super siblings in our own lives. Their courage, patience, and difficult challenges in the midst of this storm is not to be quickly overlooked, and they need our prayers and support just as much!

But we also want to invite you to celebrate the super siblings near and dear to your own hearts. They are all fighting their own cancer battle and deserve to be honored for their heroism and strength!

Oh from the mouth of babes…Dani’s older and incredible super siblings were not only super heroes through their baby sister’s entire cancer journey, but their perspective from the very beginning changed my perspective in ways they will never understand! 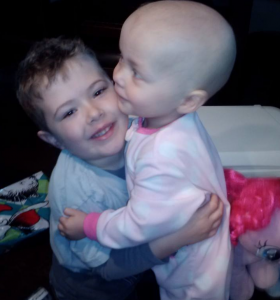 Shortly after Dani’s diagnoses, Sawyer, my son who was only 5 1/2 at the time, came and sat down beside me. In his most proud and confident voice, he said, “Mom, we’re learning math in school. I did the plusses and when Dani is all done with her medicine, I’ll be 8!”

He was right…he would be 8, Cassidy, my beautiful daughter, would be 7, and fighter Dani would be 4.

In that very moment, I knew that I didn’t want to wish these years away! Trust me…I hated how hard this season was, and I longed to simply cover my head and ignore the madness. I despised the fear and the reality of dealing with this beast. And I begged for the days when Dani was happy, healthy, and cancer free.

But Sawyer’s incredibly wise and beautiful insight stopped me in my tracks. They were a compass for me during the long years of one moment at a time. It was such a rich and life-changing moment, and it gave me an incredible glimpse to the soul of this super brother, son, and person! 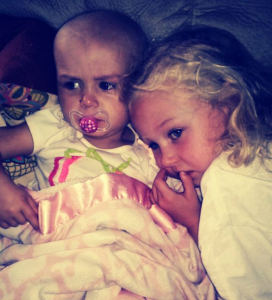 Cassidy is Dani’s only full-blood sibling. So, when the doctor’s were still trying to identify the exact type of Leukemia, as well as, the best treatment protocol, they requested blood samples to see if she would be a good match for a bone marrow transplant, should that become necessary.

When Cassidy was informed, she cried!

This wasn’t easy…for her or us!

But I remember her looking to us…at the young age of 4…and saying she would do anything to save her baby sister, even if it hurt and made her cry!

And if that wasn’t enough to break a mama’s heart, she later told us she would do it again if Dani needed her to!

I mean..what strength, compassion, love, sacrifice, and a beautiful reflection of this daughter of mine’s heart. In that moment, I learned a deeply-rooted lesson! 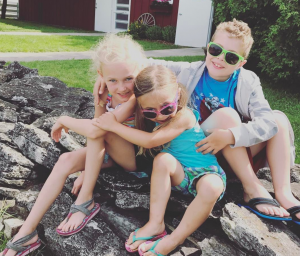 Honestly, I could go on for days about these two! Their bravery and courage came in ways I never imagined. And…their love and sacrifice will be a foundation for me for the rest of my life!

Lainey had three super siblings who fought this battle hard and right alongside of her during her entire 4 year battle. Max, Calleigh, and Owen’s commitment and love for their baby sister never wavered, and they were by her side as often as possible! 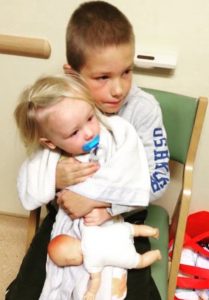 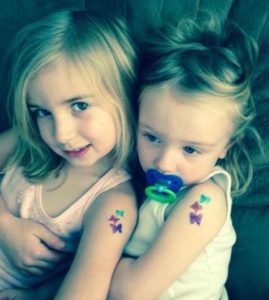 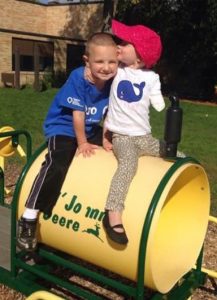 They begged to go to the hospital so she wasn’t alone, and they doted on her constantly. They never complained that vacations were cancelled, family plans were delayed, fun activities were put on indefinite hold, that time with mom and dad was sometimes only minutes in a week, or that we always watched “Lainey’s movie”, even though it was for the 77th time that week. And they never flinched when a crazy new lifestyle of nutrient dense and sugar free foods or essential oils were implemented into their lives too.

They gave constant hugs to Lainey…and us…when tears welled up in our eyes or when they sensed the overwhelming exhaustion and fear. They initiated their own prayers for Lainey and praised her when they caught her being brave or having a positive attitude. At the young ages of 7, 5, and 3 when Lainey was first diagnosed, they grew up so quickly and tried to navigate a life that most adults couldn’t even do! 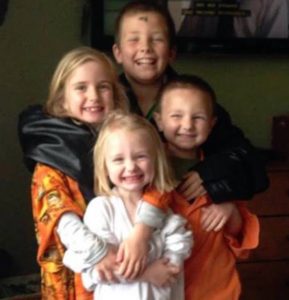 Now that these three amazing children are on the other side of Childhood Cancer because their baby sister was healed in Heaven. Their lives have changed even more, and their hearts are forever broken. But…they are also deeply grateful for her healing and desire to live their lives making a difference. They understand the importance of life, paying it forward, and trusting in God’s plan. They are are truly brave fighters!

Ever since Kicker was diagnosed with cancer, our sweet Selah has been so strong! She has put up with so much and consistently fought the fight right beside him. 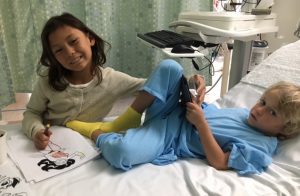 Selah begged to go to every single appointment and procedure, and she was present for every hospital stay. She always made sure that Kicker was taking his supplements, using his essential oils, and she never left his side!

She even did everything possible to try and protect him. Kicker had regular lumbar punctures during his treatment, which is where he was put under anesthesia so the doctor’s could inject chemotherapy into his spine. Well, during one of these procedures, Selah lost it! As they took him back for the procedure, she ran over to the nurses screaming, “You can’t take my brother from me. I want to protect him!” She was so incredibly scared for him and hated watching him go through the entire process. 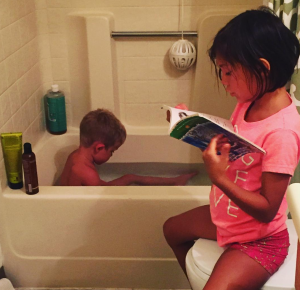 When Selah was even sick herself or had a “boo boo” and we hardly had the patience or sympathy to enter into needs…only something another mom or a sick child could understand…she held strong! 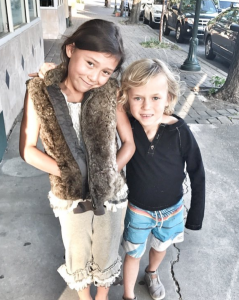 Yes…this loving and brave warrior fought her own fight in this journey. And when asked she feels NOW about Kicker being done with cancer, she said, ”You know how excited Kicker was when he got his first Lego set? That’s how I felt when Kicker was done!”

Introduce yourself and your program
We hate SPAM and promise to never share or sell your email address to a 3rd party.
71 shares
71 shares