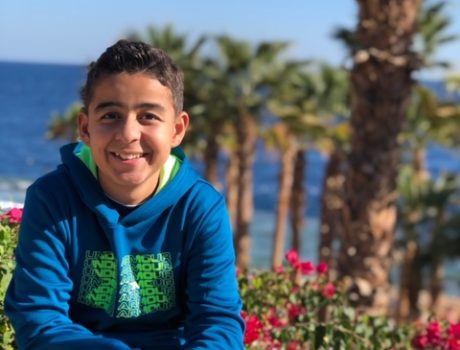 In a recent podcast about using natural solutions during conventional cancer treatment, Season was given the opportunity to share anything on her heart to parents who are currently walking through the same devastating challenge.

After tearing up and getting ahold of her emotions, here’s what she shared…

I wish I could sit across from you right now. I would take your hands. look you straight into your eyes and tell you it’s ok to fall the hell apart. It’s ok to cry yourself to sleep.

You also need to know that THERE IS HOPE and that your baby NEEDS YOU TO QUESTION and SEEK OUT people to support and partner with you in this journey. It’s essential to implement natural therapies alongside of conventional treatment so your child has the greatest opportunity to thrive!

Next, I would tell you to take things 15 minutes at a time.

More than that can overwhelm your heart. So, live in those 15 minutes…it’s where it’s easiest to see light in the dark and joy in the pain.

And finally, I want you to know that I’m here for you, even if it’s virtually. You’re not alone.

We can’t promise this journey will be easy, painless or come with zero suffering or heartache, but we can promise that you can make it through this season and that when you do, you can give hope to others!

Read below Zein’s story of endurance and strength, as well as, how you can find your own team of practitioners. 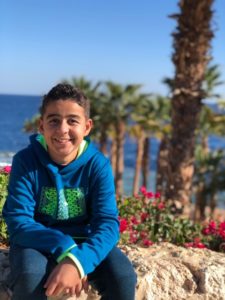 “Balance is key. If you sugar up today, kale up tomorrow.”

He was first diagnosed with stage 4 high risk Neuroblastoma in 2013, and after 18 months of grueling treatments, he reached remission for 2 months before he relapsed in the brain in 2014.

The second cancer was brutal on Zein’s body and left him with endless side effects.

He slowly but surely started gaining his strength again, and it took him 3 whole years in remission to get back to himself before he was hit with his third and fourth cancer, a secondary malignancy caused by all the chemo and radiation he took.

During all 7 years and 4 cancers, Zein’s family incorporated a lot of holistic and functional treatments, including but not limited to essential oils, homeopathy and more. 🙂 We crossed paths with KICKcancER where we found a lot of not only guidance and resources but love and support.

It was extremely helpful to be backed up in different areas that certainly took a toll during the fight.

Incorporating alternative and conventional therapies became our life style and a message we send to every cancer family out there fighting and feeling lost!

Email
Back to Blog Home

Introduce yourself and your program
We hate SPAM and promise to never share or sell your email address to a 3rd party.
7 shares
7 shares